Between 1979 and 1983 – and continuously since 1993 – archaeological digs were undertaken at Montsoriu Castle, becoming the first steps towards the recovery of the monument, which had been practically abandoned since the 16th century. In the 90’s, when the Patronat per a la Restauració del Castell de Montsoriu was constituted, the restoration works started and they eventually allowed the rediscovery of the great castle, recovering a good part of its original appearance which was hidden under the rubble and vegetation.

October 2010 – December 2010: Restoration of the eastern sloped walls, under the round tower 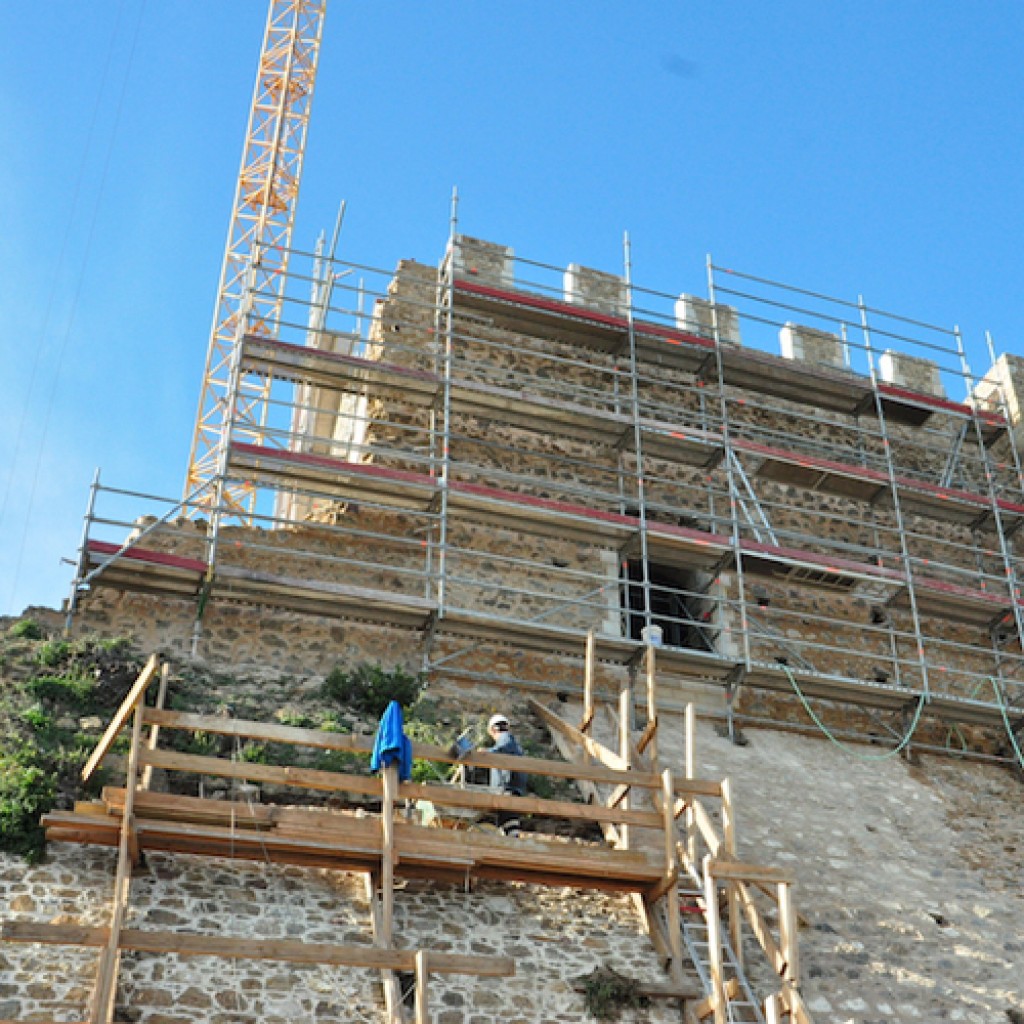 The restoration of the walls has taken into account the original structure and has recovered the original volumes by using the same stone that was used to build the walls of the great Gothic castle.
August 8

October 2010 – December 2010: Restoration of the eastern sloped walls under the guardhouse of the bailey 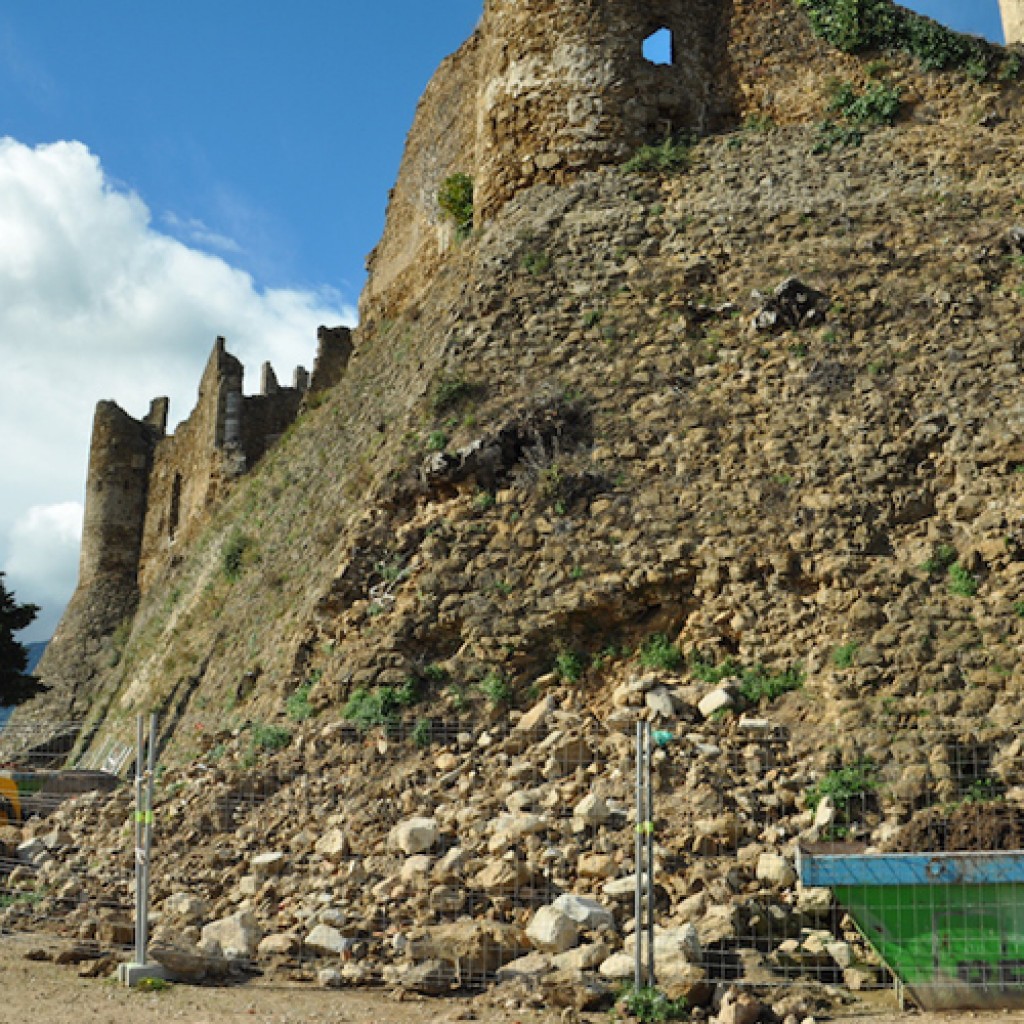 The walls of Montsoriu have withstood the passage of time without excessive degradation, although the growth of vegetation had turned some parts into actual forests. The cleaning and clearing of the walls have revealed the grandness of the fortress.
August 8

May 2010 – December 2010: Access stairways, toilets, steps over the pre-Romanesque chapel, and roof of the upper enclosure’s dungeon. 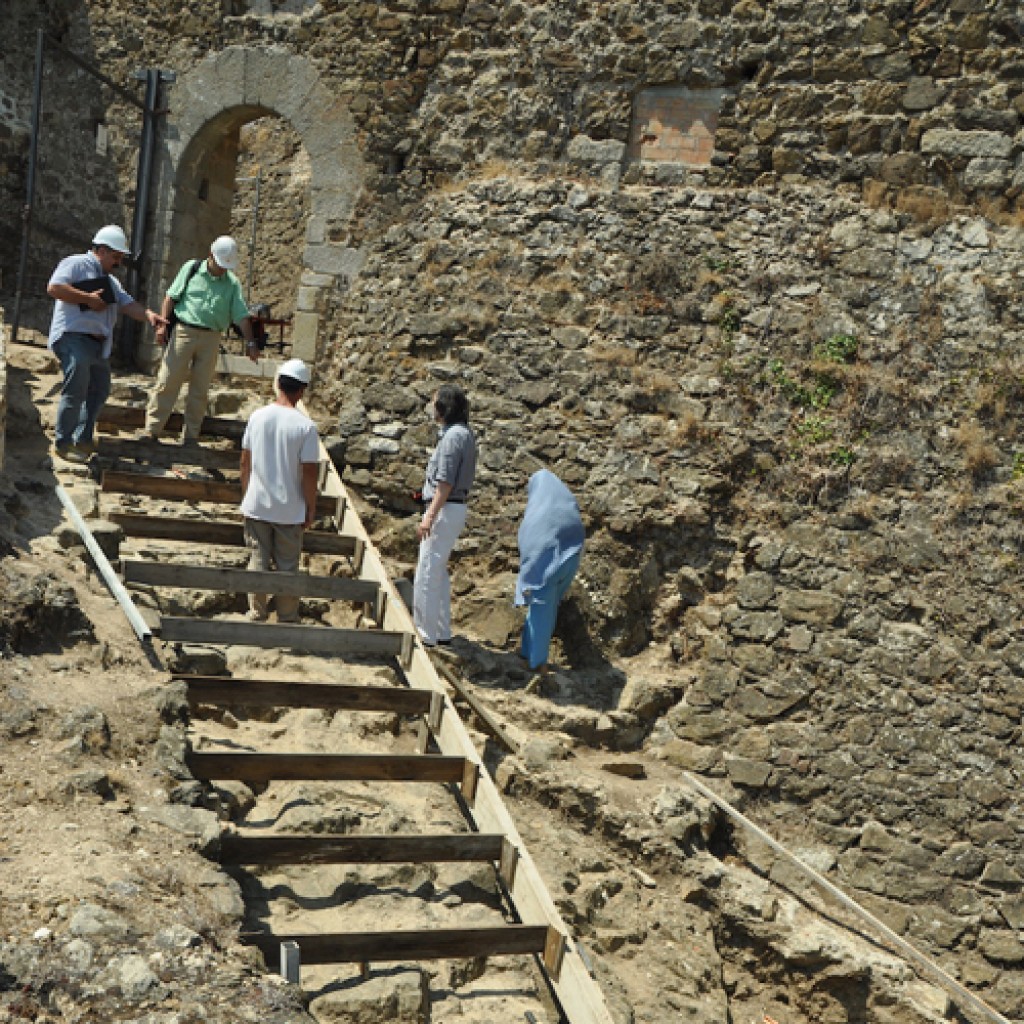 During the 2008 work camps and programmed archaeological digs some of the original steps of the great marble staircase that gave access to the barbican were uncovered. The recovery of the staircase and access to the main door of Montsoriu was based on these and other original elements that had been buried for over 650 years.
August 8 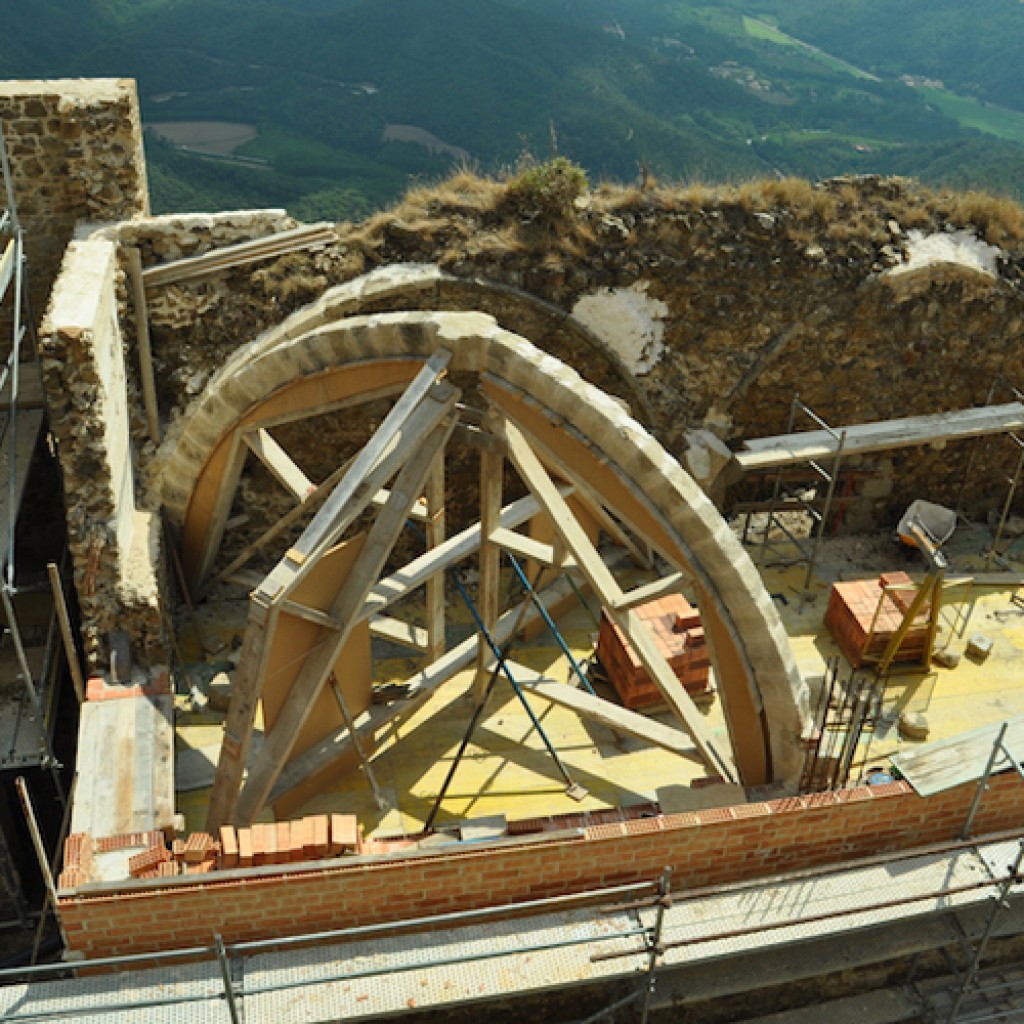 The recovery of the bailey’s guardhouse was executed based on the original structures recovered during the excavations, and to a good extent 600 year old construction systems were used. The result is an imposing Gothic hall that evokes the magnitude of the original castle. The hall’s terrace was also recovered, from which you have a great view of the ensemble.
August 8

October 2009 – December 2009: Restoration of the square tower, the round tower of the Gothic hall, wall walk and east wall. 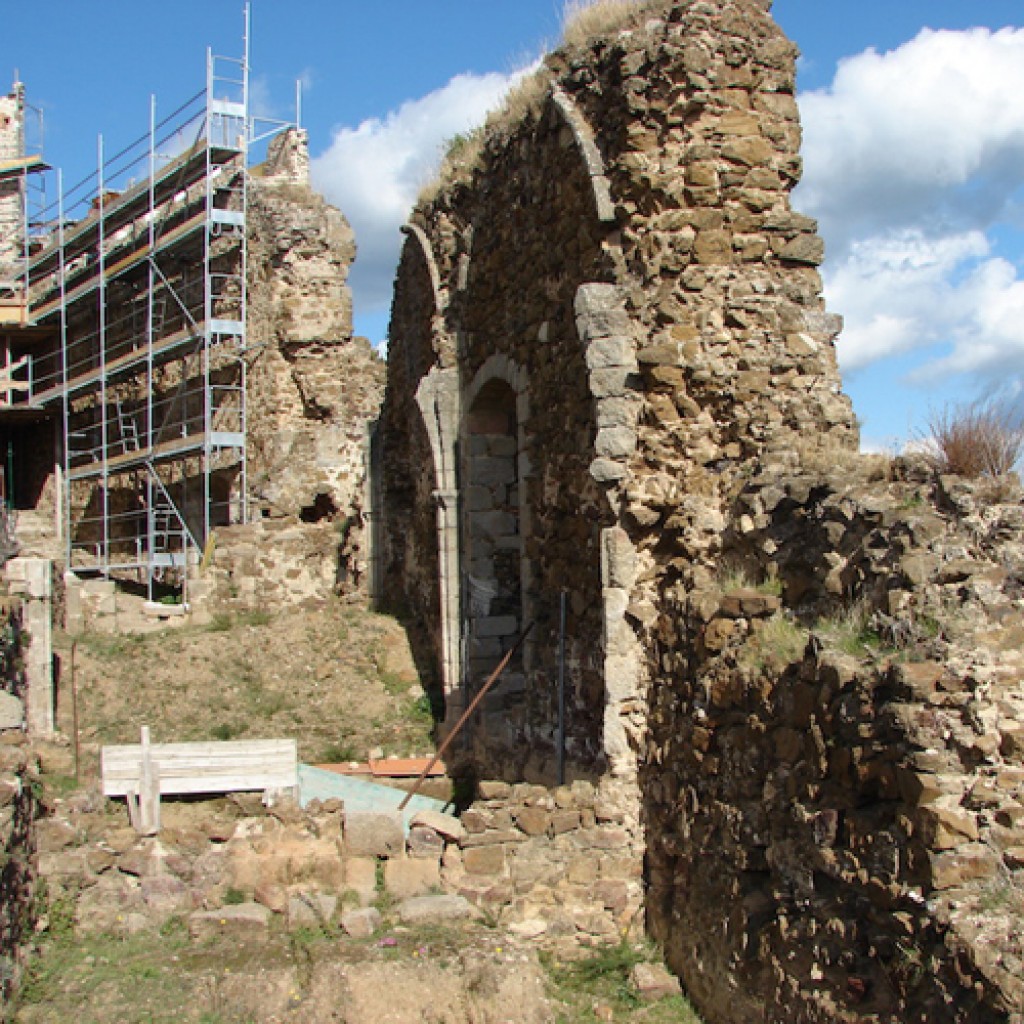 July 2009 – December 2009: Restoration of the south wall, Gothic hall and upper level of the west wall, northern tower and upper means of access. 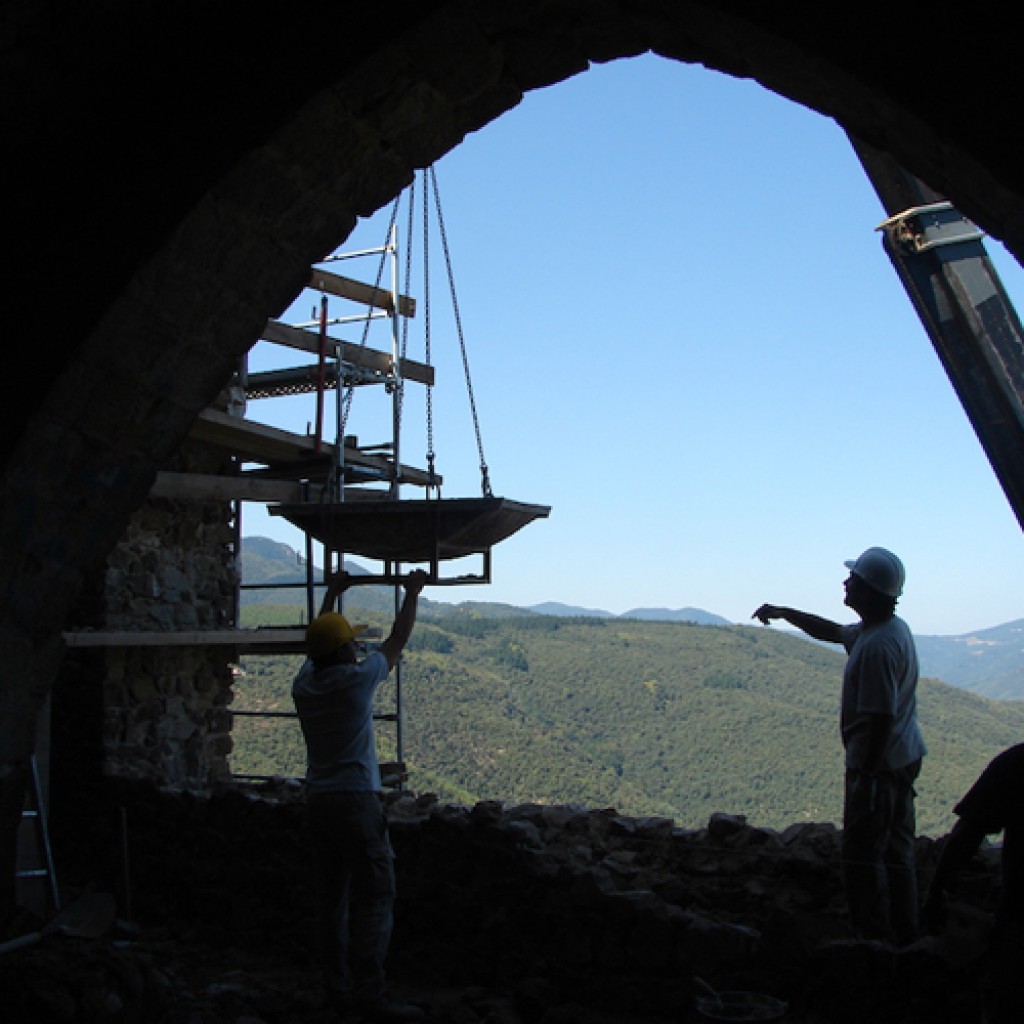 The restoration of the Gothic hall enabled the recovery of one of Montsoriu’s best known spaces, and helped explain its functionality in the great Gothic castle. An unstable section of the south wall was also consolidated.
August 8

February 2008 – December 2008: Covering of the upper enclosure rooms, hallways and staircases. Restoration of the doors. 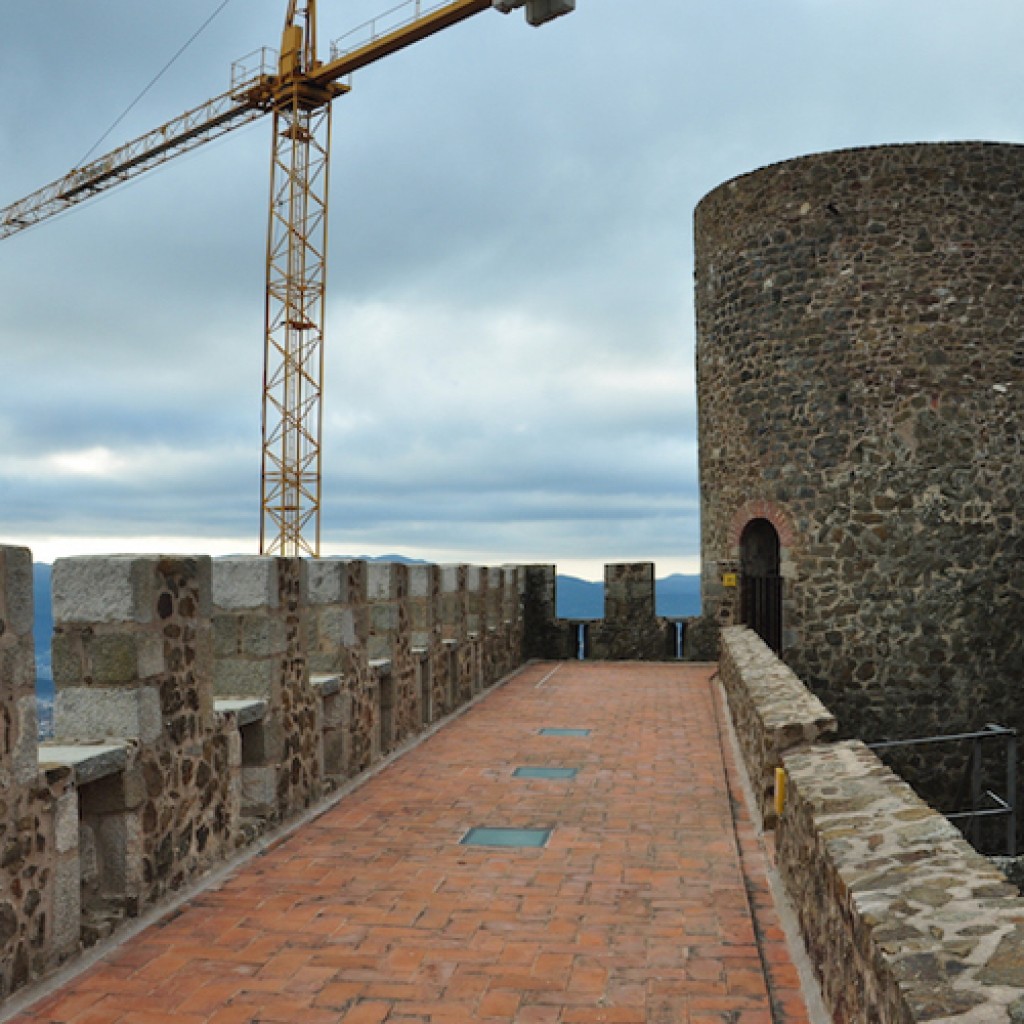 Beginning with the approval of the Montsoriu Castle restoration master plan in May 2004, works were undertaken in accordance with the indications given about what to execute in each sector. In phase III, the rooms of the upper enclosure were covered, and the process of restoring walls with merlons and arrow slits was begun, in harmony with the conserved remains.
August 8 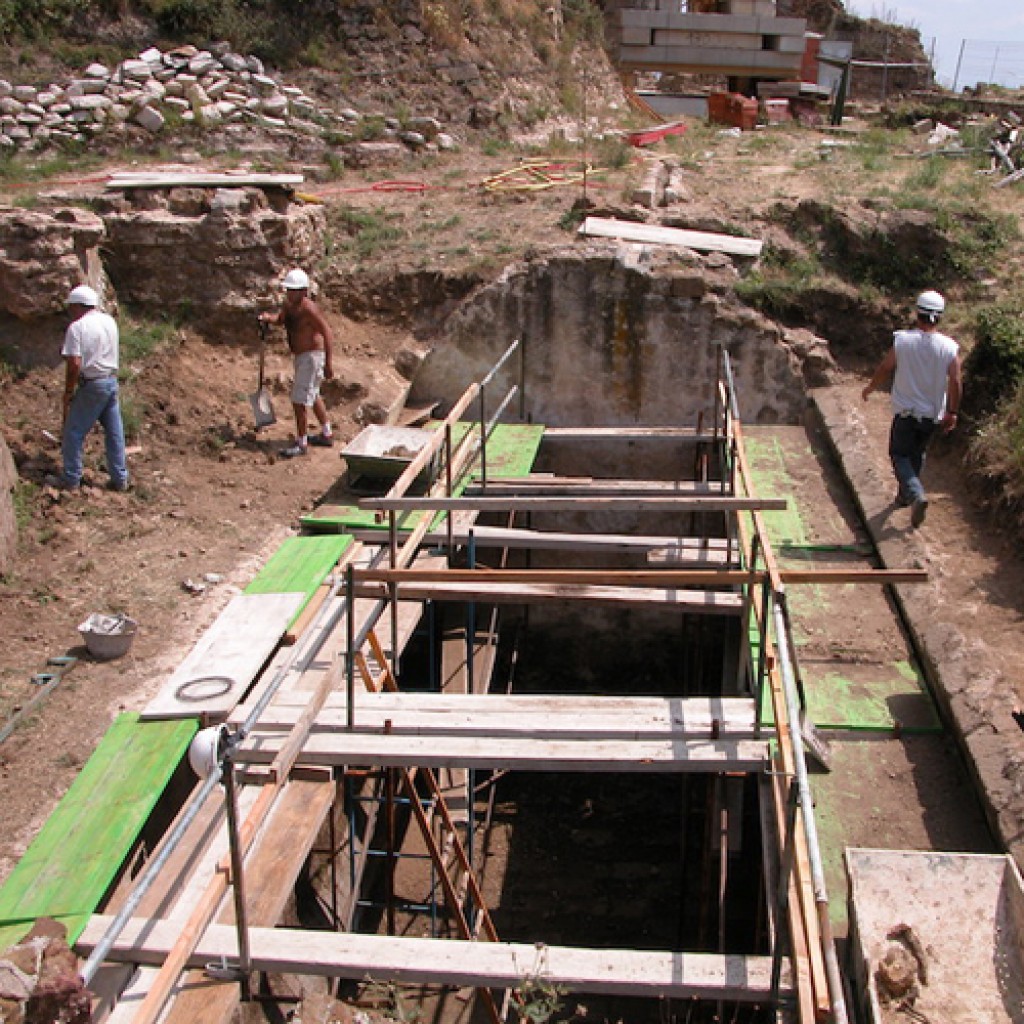 The restoration of the bailey’s cistern was one of the main challenges faced in the remaking of an imposing structure that allowed storing rainwater thanks to a complex network of channels, thus ensuring the water supply for the inhabitants of the enclosure. The cistern was rebuilt with part of the original structure, but leaving an area for visitors, to allow viewing one of the castle’s most spectacular structures.
August 8

Restoration of the Keep 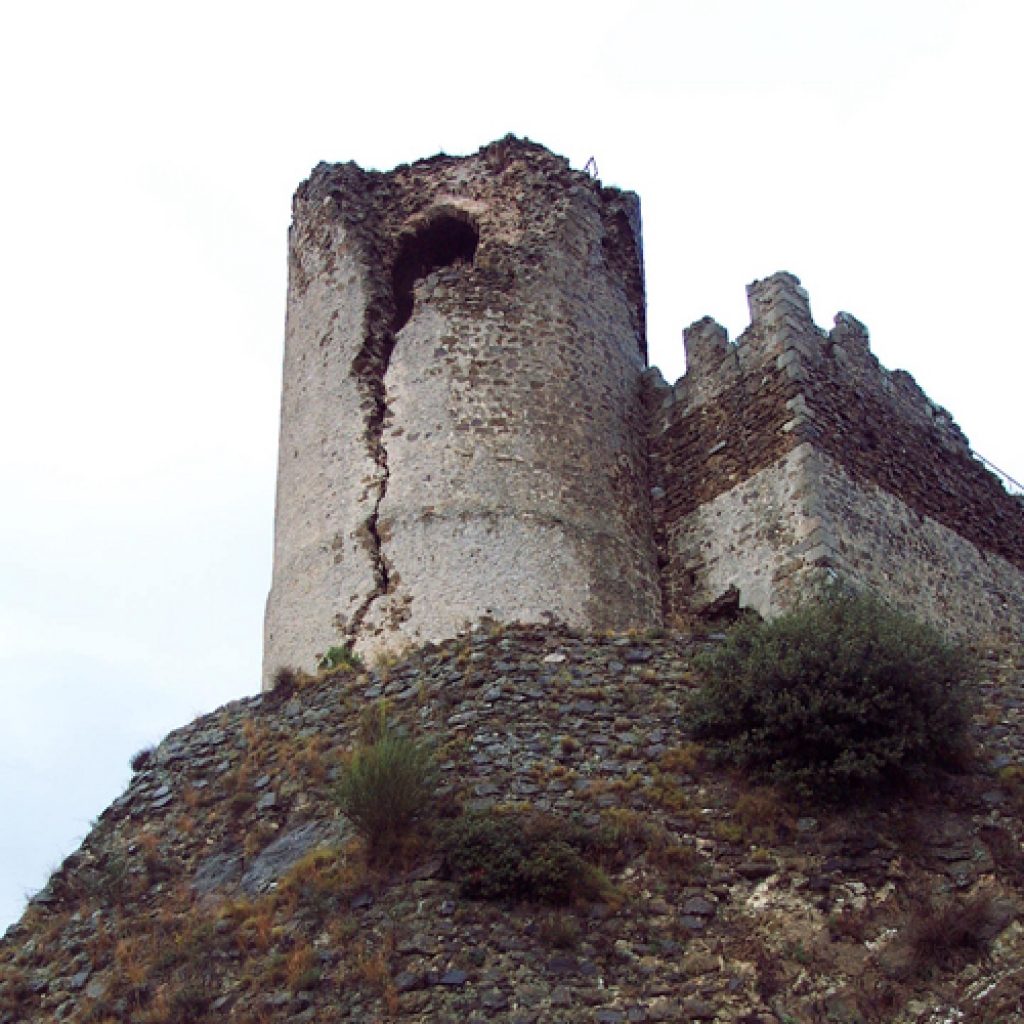 Even though the proud keep had remained standing since the origins of the fortress (for over 1,000 years), by the end of the 90’s the structure was very deteriorated and weather related phenomena posed a threat to the integrity of the structure. Because of this, and at the request of the Patronat, the Generalitat took urgent action that allowed the recovery – adding stairs to access the upper terrace – of the structure around which the great fortresss of Montsoriu was built.
August 8

Restoration and covering of the great hall and the kitchen

The first job undertaken in the recovery process of the castle was the restoration of the great hall (known as the stables), and the adjacent kitchen, to bring forward one of the most impressive elements of Bernat de Cabrera’s castle palace. The covering of the two rooms, with the recovery of the original volumes, was the first step of the restoration.