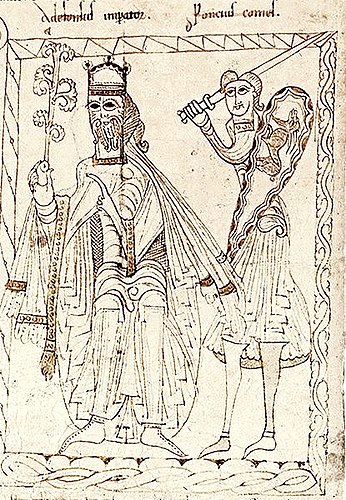 We know that Montsoriu hill was settled in Iberian times, although the finding of a hatchet on the hill could push the settlement date back to the Neolithic era. In Iberian times there was a working settlement on the highest part of the hill, near the current keep. The dating of the Iberian settlement at Montsoriu is placed around the 4th to 3rd century B.C., based on the Iberian ceramics found in dumps around the lower area of the castle. This settlement was probably related to other Iberian settlements in the area, such as those that were possibly located on the hill of Hostalric Castle, the hill of Buixalleu, the hill of la Moneda, or the hill of the Torre de la Mora.

It would not be, however, until the medieval period that we once again find evidence of human settlement on the Montsoriu hill. At the beginning of the 10th century, in the year 923, the consecration act of the parish church of Arbúcies mentions the toponym Montsoriu as the name of some farmhouses located at the limits of the parish. From this moment on, in the first decades of the 11th century, there is no doubt about the existence of a fortification on the Montsoriu hill. This fact is confirmed by the stratigraphic sequences and architectural findings from the pre-Romanesque period in the upper enclosure of the castle (chapel, keep, and cistern), that would shape this primitive fortified core.

Throughout the 11th, and especially the 12th centuries, the castle would become the seat of the Viscounts of Girona, and soon enough they became related to the house of Cabrera, eventually changing their name to Viscounts of Cabrera. The daughter of Amat de Montsoriu, named Ermessenda, married Guerau de Cabrera in 1033, and with her husband, would become the founder in 1038, of the benedictine monastery of Sant Salvador de Breda, the spiritual centre of the viscount’s territories. From that moment on, the history of Montsoriu Castle and the villages and places that made up the viscounty of Cabrera–Girona would be intrinsically tied to the history of the Cabrera family.

During the 14th century, the castle would become the Gothic palace and residence of the Viscounts of Cabrera, one of the most important families of the Principality. Calculations show that in the combined dominion of the Cabreras around the year 1360, there were 4,071 focs or families, which could correspond to about 20,455 inhabitants. This number amply exceeded the subjects of the rest of the lords of the country, who on average did not reach 2,000 families. During this period the Viscount of Cabrera was the great Bernat II of Cabrera (1298-1364), privy to king Pere III and tutor of the infant Joan, future king Joan I. His stand out role was in foreign policy of the catalan-aragonese crown as general captain of the navy, admiral of the Catalan fleet and counselor to the representatives of the military in the court of Cervera of 1359.

In 1354 he compiled the Ordinacions sobre lo feyt de la Mar, a maritime code for organizing the Catalan navy. Political and courtly intrigues would finally lead him to be accused of treason, and he was put to death in 1364 after an unjust trial. In 1356 King Pere III, as a reward for the loyalty shown by Bernat II of Cabrera and his son, Bernat III, created the county of Osona for him. This is how the properties of the Cabreras came to extend from the Bas valley and the Cabrerès right up to the sea. At this point in time the viscounty of Cabrera, in the hands of Bernat III (1350-1368), reached an extension of 14,000 square kilometres, with 87 villages, 5 walled towns, a great benedictine abbey in Breda, 4 more priories (also of the order of St. Benedict), 4 augustinian prebendaries, one Carthusian monastery, and one female monastery of the Cistercian order. It was one of the most important domains of the principality. This was the period of maximum splendour of the viscounty, but it also included periods of political and social instability, with the revolt of the viscounty against the king due to the death sentence handed out to Bernat II. During this stage, Montsoriu enjoyed a great process of urban reformation that started in 1347 by express mandate of Bernat II, who intended to convert the castle into his dominion’s greatest fortress. 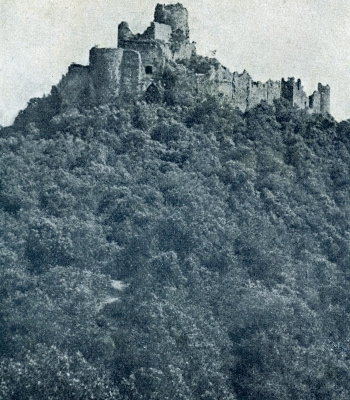 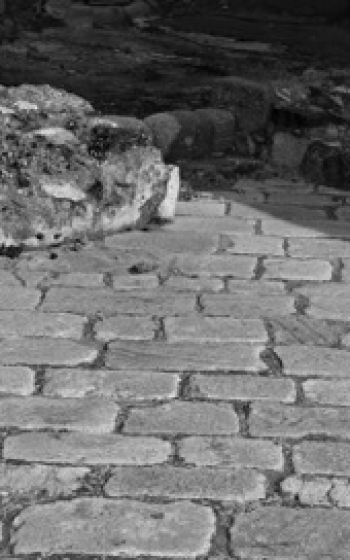 During the 13th and 14th centuries Montsoriu Castle endured several attacks and sieges, and also served as a residence or shelter, such as when Philip the Bold of France attacked the county of Empúries and the viscountal family sought refuge in the castle. Later on, during the rebellion of the viscounty against King Pere III between 1365 and 1371, the king lay siege to the castle of Montsoriu with around 1,200 men, but failed to make it surrender. Montsoriu, with its system of concentric walls, the difficult access to the location and the magnificent water supply system, was virtually inexpugnable. A garrison could easily resist a lengthy siege inside the castle without having to surrender due to lack of water, thanks mostly to the great central cistern, but on top of that the castle had at least another three cisterns distributed around the enclosure.

The castle also had the function of protecting the farmers and villagers in case of danger, welcoming them inside the grounds to afford them shelter. We also know from historic documentation that Montsoriu Castle held a sizeable part of the viscounty’s written documents (books, scrolls, and cartularies), that contained accounts, fiefs, and other references to the vegueria and the history of the Cabrera family. To recap, the castle functioned as a small administration centre for its territory, which was the vegueria of Montsoriu.

At the beginning of the 15th century the fortress of Montsoriu lost one of its most important roles: that of residence of the lords, and in parallel its defensive functions were also relegated due to the new pyroballistic weapon technology. The abandonment of the castle was reflected in the deterioration of the buildings, which were probably also affected by the earthquakes of the second quarter of the 15th century.

Between the years 1462 and 1472, a period known as the Catalan Civil War, the castle was also the site of several war episodes. In 1463 there were only 10 men posted at Montsoriu Castle. During the Catalan Civil War the castle was taken by the troops of the Principality, and finally it passed into royal hands. In 1480 Anna I of Cabrera, Viscountess of Cabrera and Bas, Countess of Osona and Mòdica, Baroness of Montclús and of Caccamo and Alcamo (1477-1526), in obeyance of King Ferran the Catholic, married Fadrique Enríquez, Grand Admiral of Castile and cousin to the king. Debts and continuous sales a carta de gràcia (conditional sales, similar to a pawnshop) in favour of Francesc de Montcada, Count of Aitona, enabled Francesc de Montcada to take over the territories of the old viscounty of Cabrera between the years 1566 and 1574, for a price of 273,000 pounds. In 1626 the vegueria of Montsoriu Castle was purchased by the Sarriera family, counts of Solterra. From this moment on, Montsoriu would only be inhabited on counted occasions, for military reasons. Thus, during the Guerra del Segadors (Reaper’s War) in 1653, Montsoriu was occupied by an Irish regiment that changed sides while serving under the Viceroy Juan José de Austria and was incorporated into the army of the King of France, aided by the Miquelets of Arbúcies. During this period (1646) the lord of the castle was Joan de Saleta Ponsich, and in 1667 the caretakers were the Matamala family, from Sant Hilari Sacalm, who sold the hill of Montsoriu and the New House of the castle built in the Witches square (1713) to Quirze Pascual. In 1757 the viscounty had already passed into the hands of the Dukes of Medinaceli, by marriage between this family and that of the Marquis of Aitona, and they undertook conservation work which the inhabitants of the castle’s territory were under the obligation to collaborate with.

The rediscovery of the history of Montsoriu can be related to its discovery by hikers and romantic writers of the preceding century, but it would not be until 1914-1915 that the first archaeological cataloguing of the monument takes place, with blueprints by Jeroni Martorell, tasked by the Monument Catalogue Service of the Diputació de Barcelona. Later on, the organization Amics de l’Art Vell (Friends of Old Art), a private association dependent on the Institut d’Estudis Catalans, gets involved in the situation of the monument thanks to Manuel de Genovart. At the same time, during these decades of the 1920’s and 1930’s, the ascent to the castle becomes a popular excursion for many hiking entities. Also, between 1932 and 1936 there was a hiking group named Montsoriu in Barcelona. In spite of this, it would not be until the second half of the 20th century that civil society starts to articulate several attempts to recover the castle; for example, in 1949 the Arbúcies town council proposes its conservation. Also, in 1970 the Spanish Association of Friends of the Castles, with Lluís Monreal in charge, starts a campaign for the recovery of Montsoriu, which they assess as one of the most important fortresses of Catalunya. However, it would not be until the creation of the Ethnological Museum of the Montseny that this entity elaborates several reports and course of action proposals between the years 1981 and 1987. These will have a direct incidence on the development of a citizen’s awareness campaign, reaching its maximum expression in the social sphere with the creation of the Friends of Montsoriu Castle Association in 1992. This act of taking a stance by civil society, the receptiveness of the public institutions linked to the castle, and the approachability of the previous owners of the castle, the Ribot family, will allow the creation in 1994 of the Patronat del Castell de Montsoriu, the organisation in charge of managing the monument, and later, in 1998, the concession of the castle to its current owner, the Consell Comarcal de la Selva, that has carried out the restoration campaigns since 1995.

The collaboration of different institutions has allowed the diverse restoration phases to go ahead, and starting in 2011 the monument was opened to the public. 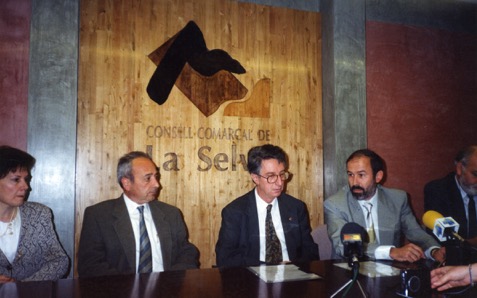 In 1998 the Ribot family ceded the property rights of the castle to the Consell Comarcal de la Selva.

In 1995 the Patronat del Castell de Montsoriu promoted the first restoration works, that continue to this day and have allowed the recovery and opening to the public of a good part of the enclosure.

The over 1,000 year history of Montsoriu Castle has been accompanied by many traditions and legends, transmitted from generation to generation.

Collection of images from different periods, of different spaces and activities with Montsoriu as the subject.

Montsoriu Castle has been linked to the Viscounts of Cabrera since the 11th century. Montsoriu was the capital of the viscounty, along with Breda (religious capital), Blanes (commercial) and Hostalric (administrative).